A woman named Lori expressed how proud she was of her German Shepherd, Anya. Lori was proud because she noticed that Anya was an intelligent dog. She saw how Anya was very observant when Lori did their laundry.

After a couple of days, Lori was surprised when Anya took dry clothes from the dryer with her mouth. She then placed them on the laundry basket and brought them to her mom. Lori was amazed and impressed by what she did.

After that, Anya impressed her mom, even more, when she learned to do more chores.

Anya was deemed a genius by her family, and they were so proud of her. That was not all. Anya also showed how amazing she was as a foster sister. Anya treated their kitten, Munchie, with gentleness and patience.

Munchie first came to the family when Lori’s husband found her near the dumpster. Lori knew they could not leave her there.

They then decided to take Munchie in. They provided a place for her in the basement because she was still wary of people. She did not want to interact with anybody.

It was Anya who made an effort to get Munchie out of her shell. Anya first brought Munchie a shoelace as a toy for her. This really amused the kitten. She was happy that someone gave her enough attention and got her a toy.

Munchie started playing with the shoestring, and that’s how their friendship started. Since then, Anya brought Munchie different types of toys. Munchie happily played with all of them. She loved how her big sister was there for her.

Munchie also moved out from the basement and started hanging out with the family. That’s all thanks to Anya for ensuring that her new sister opened up. Lori and her family were very proud of Anya and how she handled Munchie. 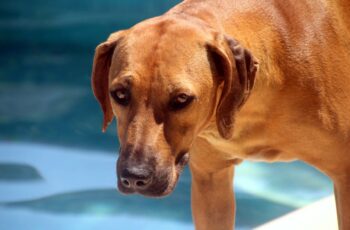 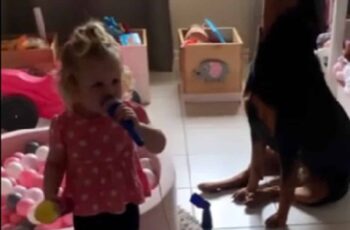 Canines, like children, love listening to music. Whenever they hear …