Home
Dog Stories
A Rescue Dog Was So Afraid Of Everything That Whenever He Was Taken Out On Walks, He Would Hide In The Bushes

Thousands of dogs enter animal shelters each year and most of them were surrendered there or were rescued. Most of these dogs have been traumatized to the point where they have difficulty trusting humans and are terrified of everything. These dogs are so accustomed to abuse that they often equate humans with suffering. There are, thankfully, a significant number of individuals ready to adopt these dogs and teach them to trust humans again.

A dog named Forrest was surrendered to the Angela’s Ark animal shelter, along with 30 other dogs. Angela, the founder of the group, chose to foster Forrest and assist him with his transformation.

Angela discovered, however, that Forrest was so scared of everything that he had difficulty leaving his crate. The dog was quite uncomfortable around Angela and would cower in his kennel anytime she approached him or even if she simply looked at him for too long.

Angela attempted to gain Forrest’s trust by placing treats in his crate, but Forrest refused to move.

When Angela was able to finally attach a leash on Forrest so she could take him for a stroll, Forrest was so terrified that he froze. Angela was required to use a secondary leash in case Forrest attempted to flee.

Forrest only wanted to hide in the bushes when they were finally able to go out for a walk. When the dog discovered a space in the bushes, he would simply snuggle up and go to sleep there.

Angela ultimately decided to take her dogs out in the yard on leashes to demonstrate that leashes are acceptable and to help Forrest be more confident. Forrest immediately joined Angela’s dogs in the backyard and started playing and chasing the other dogs after observing the animals. Angela was overjoyed to see Forrest enjoying himself for the first time.

As the weeks passed, Angela observed Forrest’s transformation. The woman never forgot the moment Forrest lied down next to her while she was working and was fully at ease. After a few more weeks with Angela, Forrest found a forever home with an understanding family. 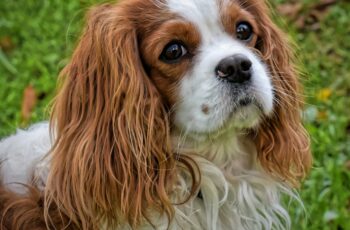 A Florida man’s connection with his beloved dog companion was …

There are certain and special moments in life when a …