Home
Dog Videos
Dog Lived In A Shelter For Nine Years, And She Never Stopped Hoping That She Would Still Find A Family Who Would Give Her A Home

A dog named Beauty experienced hardship early in life. When she was two months old, she was abandoned, and she struggled to survive. She lived on the streets for a few weeks before a local charity group spotted her and took her in.

Eventually, Beauty was given to the Animal Protection Society Melios, a non-profit animal rescue organization. She immediately won the hearts of the three ladies who ran the organization, and she loved them all the same.

Beauty was a beautiful, charming, and loving puppy, but because she was black, few individuals found her attractive. Regardless of how many prospective adopters visited the shelter, she was unable to grab their attention. They just passed by her kennel and focused their attention on other puppies.

She was unsuccessful in finding a family; therefore, Beauty spent nine years in the shelter. She slept in a dog kennel instead of a house. She had friends there, but never had a family that she could call her own.

As Beauty grew older, her health began to suffer. She became very ill, and the shelter environment exacerbated her illness. Fortunately, Zaira, a volunteer worker, took her home, and the change in her surroundings helped her recover.

Zaira became the foster mother of the dog. She promised the dog that it would never return to the shelter. She exerted double the effort to help in its recovery. She tried one final time to find it a home, but was unsuccessful.

At the dog’s age, her foster mother anticipated that she might become ill again. There was no assurance she would survive again, especially if she was in a shelter. Therefore, Zaira adopted Beauty and gave her a forever home. 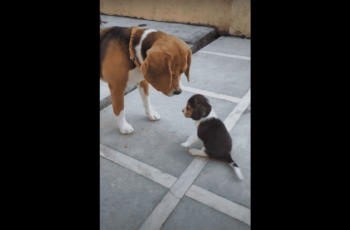 Families will still be the top reason our childhood was … 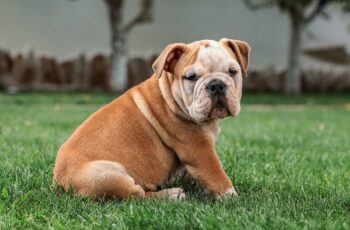 We are all aware of how stubborn dogs can be. …