Dylan Summers was devastated when her pet dog got hit by a car. Her injuries were so bad that doctors had no choice but to amputate one of her rear legs. Thankfully though, Athena survived and she recovered well after her operation.

But Dylan and Athena’s troubles were just beginning.

In February 2020, Dylan went home to find that his beloved pooch was missing. Athena was not the kind of dog to run away. She has had many opportunities to just run off, but she never did. So the first thing that went to Dylan’s mind is that his pet was stolen.

Unfortunately, he had no evidence to back up his theory.

In the days and weeks after Athena went missing, Dylan frantically searched for her. He would go out and put up posters, visit shelters and clinics, and also posted online. But no one came up with anything. The kind owner was deeply worried about Athena’s condition.

After 10 months passed, Dylan came to terms that he may never see his dog again. He felt very defeated, but he decided to move on. He even thought that it was time to adopt another dog who may need a loving home.

He soon started to look for another best friend online. That is when he got to the website of Gateway Pet Guardians, a nonprofit rescue organization. While browsing through the various photos of the rescue dogs, he came across a pooch named Miss-A-Toe, and she looked very familiar.

Even if it was night already, Dylan didn’t hesitate to call the group’s contact number. He got in touch with the organization’s director, and they eventually realized that the dog was Athena.

The very next day, New Year’s Day, Dylan drove for one hour to get to Athena’s foster home.

A great start to the year

When Athena saw Dylan walking in, the dog quickly showed her excitement. She ran up to his dad’s open arms and started licking his face. It was a beautiful reunion, and everybody was moved by it.

Athena is back home again, and she has settled back amazingly. It was as if she never left home. 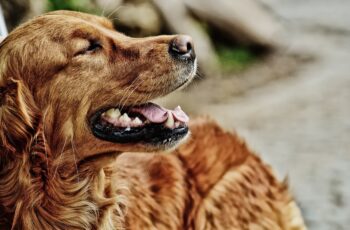 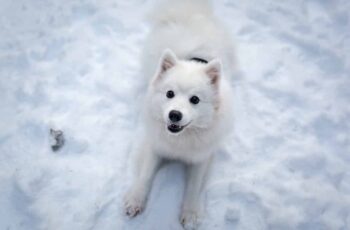