When dogs greet people, their tails often wag to indicate happiness or excitement. They could also react negatively, depending on their personality. However, one dog named Somang has a strange greeting that leaves an impression on a lot of people.

Somang has a large food bowl that he keeps close to him. Whenever a guest would arrive, he would grab the bowl using his mouth and hold on to it indefinitely. The only time he would let go of the bowl is if no one is around.

A lot of people found Somang’s behavior to be funny. However, the origin of his habit was actually quite sad. Guests who visit his home would often get scared of him because of his size. He found out that grabbing a bowl would make him look less threatening, and people approached him more.

Guests might find Somang’s habit amusing, but his owners are concerned. Somang never lets go of his bowl, even during feeding time. The owners are also worried about his dental health because the bowl is made of metal that could scrape his teeth.

A veterinarian visited Somang to check his oral health. Fortunately, his teeth don’t have damages when the vet checked them. The vet also suggested providing an alternative item that Somang can chew or hold in his mouth.

The owners tried a few items to offer Somang. First, they tried giving him a rawhide bone and then a ball. They also replaced his metal bowl with a plastic one. Somang didn’t object and happily played with his new toys.

A dog like Somang only wanted to be loved. He had acquired a strange habit when trying to achieve that. He didn’t know that he did not need it from other people because his owners already love him unconditionally. 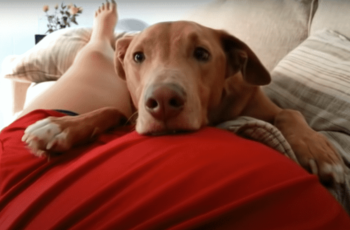 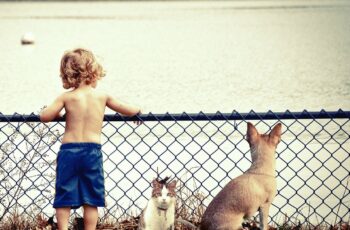