Have you ever been curious about your favorite content creator’s pet? Well, The Dodo has a new series that showcases the pets of different influencers. In a recent video, they featured the Perkins family and their three adorable dogs.

Desi Perkin’s is a popular makeup YouTube content creator with more than 3 million followers. She sat down with her husband for an interview with The Dodo. They talked about what went through their minds as they adopted their cute dogs.

Their first dog is named Harper, who they also like to call a wise little goat. She was taken from a previous owner when she was a sick puppy. At that time, Desi’s husband, Steven, was worried about her decision to adopt Harper. Eventually, adopting her proved to be one of the best decisions they’ve ever made.

When Desi had a miscarriage, Harper was there to comfort her. She’s the one who helps Desi get through a lot of challenges. Currently, Harper is 14 years old, making her the oldest of three dogs.

Desi’s second dog is Cannoli, also known as the diva of the house. Her previous owner left her outside in a backyard. She’s a dog who cannot be tamed, according to Desi. However, Cannoli did attend a puppy school and got a training certification.

Desi and Steven contemplated whether they would get another dog. They ended up adopting another dog named Charlie. He was rescued from a junkyard. Desi describes him like a tornado who flops around like a rabbit.

The couple loves the joy and entertainment that their dogs bring. The three dogs love to show how much they appreciate their owners. Desi and Steven take pride in the fact that all their dogs are rescued. They encourage everyone else to be a rescue parent and rescue as many puppies as they can. 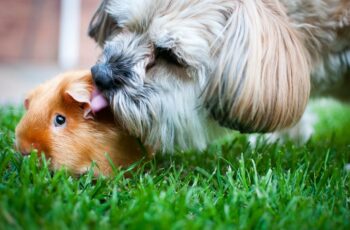 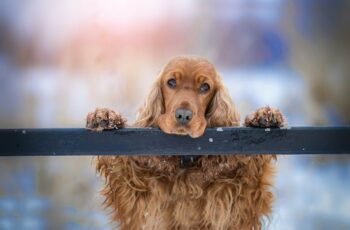