Golden Retrievers are known for their friendly personality as well as their eye-catching coat color. This breed is one of the most preferred out there, and we understand why.

Take this adorable female golden who couldn’t wait to say hi to a newcomer on the farm. The new potential friend was a horse, but that’s just semantics for the pup.

The male horse was inside his coral, getting used to its surroundings while he ate. He noticed a fluffy form desperately trying to get inside, struggling with the sheer height of the fence.

He watched as the little one tried to go up and over to no avail. He would have helped, but he didn’t know the furball personally, so he just looked at her.

The pup was all smiles despite her unsuccessful attempts to get to him. She would have given him a proper welcome to let him know he’s among friends.

True to her breed’s trait, the fluffy pup tried everything to get to her brother, but she couldn’t. So she made up for it by grinning at her brother to welcome him anyway.

The horse shied away a bit, seeing the puppy struggle with her balance. He didn’t know what to do about that, and he didn’t want to get involved with anything on his first day.

The horse probably noted that the pup was indeed friendly. He understood what she tried to do, so perhaps that was something he liked. After all,  not everybody will go out of their way to be friendly.

Well, you’re in luck, Mr. Horse. This particular breed breezes through the process of making friends, so you’re definitely in her line of sight.

If that wide grin doesn’t do you in, her consistent efforts will. Just let her do your thing and trust us, she’ll win you over. We hope you do become best buddies. 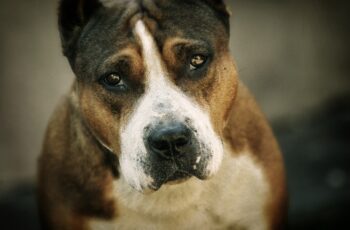 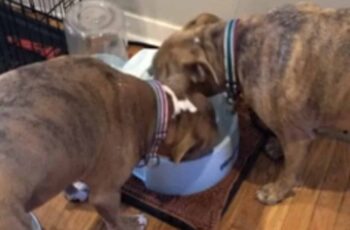